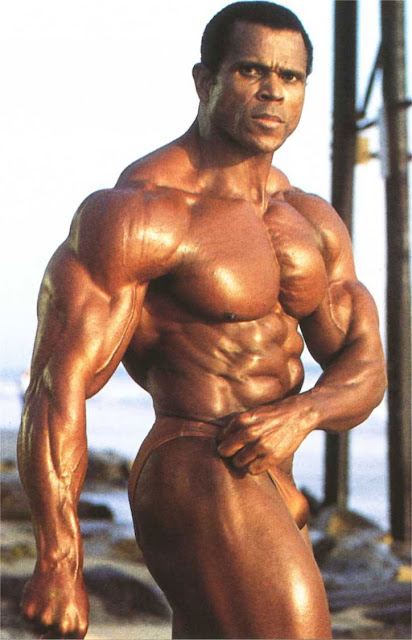 From the front, Serge Nubret had one of the most aesthetically pleasing physiques ever and his chest was a key factor in this assessment. The man who finished second in the 1973 Mr. Olympia lacked the pec thickness of others in our top, and yet his perfectly sculpted chest seemed to have been meticulously carved from  marble.

Although Columbu stands only 5’5″, his pecs were not only stupendously thick, but, unlike others of his stature, they were also large from top to bottom and side to side, and they could have looked at home on 6’5″ Lou Ferrigno. Their most unique quality was the unparalleled cleft that segregated the upper region from the rest, as if the upper pecs were separate muscles (they’re not).
The two-time Mr. O (1976, ’81) attributes most of his size to barbell presses (flat and incline) and dips. 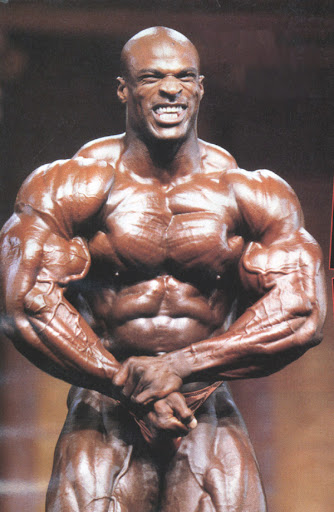 Two big reasons why Coleman will be trying for Sandow number nine on September 30 are his left and right pectorals. Throughout his reign atop the bodybuilding world, few challengers have been able to hang when he puffs up his pecs during side shots or when he induces a flurry of ridges by crunching out most-musculars.
Coleman goes as heavy as possible for 10-12 reps per set, and he built his chest primarily with barbell and dumbbell presses. 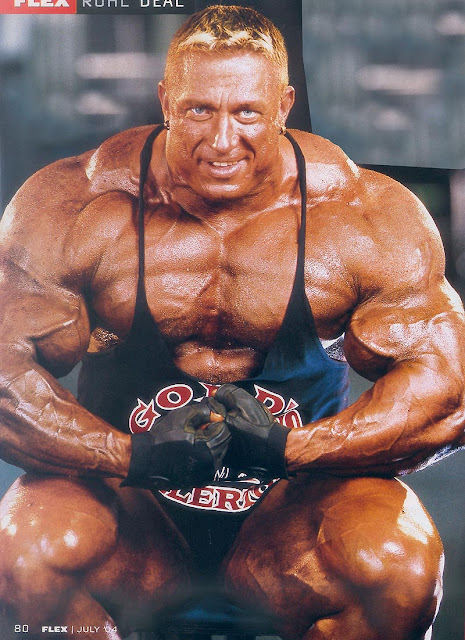 The antithesis to Nubret is Germany’s Ruhl, for there’s nothing artful about Ruhl’s physique. It’s scary big and never more so than when he’s crushing most-musculars and his pecs are redolent of planets colliding.
Ruhl, who has won two IFBB pro shows, relies primarily on machine presses in his current chest training. 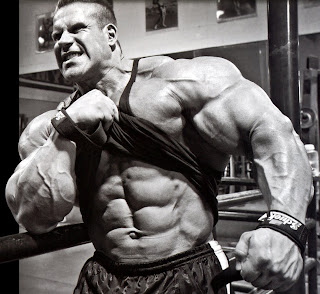 While Jay Cutler has the most dominant physique on the planet in today's times, it does not go without saying that a large part of that is because of mass rather than an aesthetically pleasing physique. "The gift", on the other hand, has a near-perfect structure of huge delts, big arms, a tiny waist, and a chiseled midsection.
PHILL HEATH 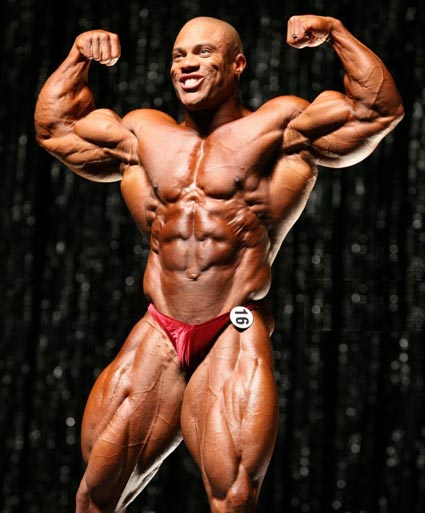 The former D1 Basketball player has transferred his hard work and self-discipline into the sport of bodybuilding and has received plenty of accolades. In his rookie debut at the Olympia, he finished an impressive top 3 finish. If not for a stomach virus within 24 hours of the 2009 Olympia, Heath might have won it for coming in with such great conditioning and detail. Looking to rebound off of a 2010 second place finish at the incumbent-heavy Olympia, Heath is looking to take the reign from Jay Cutler to be the next multi-year winner. 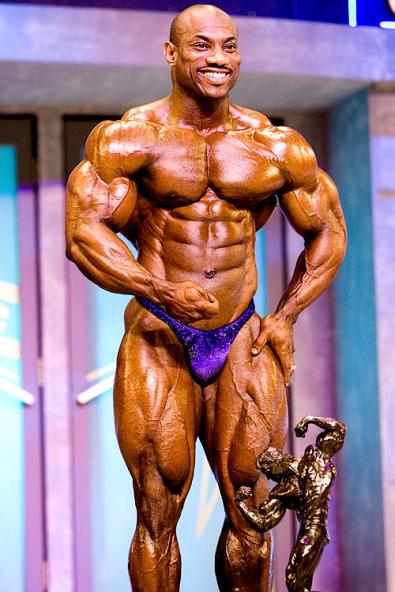 Finally got his taste at history winning the Olympia in 2008 after finishing in the top 4 for years on end. Nicknamed "The Blade" for his razor sharp cuts, Dexter Jackson has the deepest set of abs in bodybuilding. He is the most conditioned athlete of all time in this sport, always coming in with razor sharp cuts. 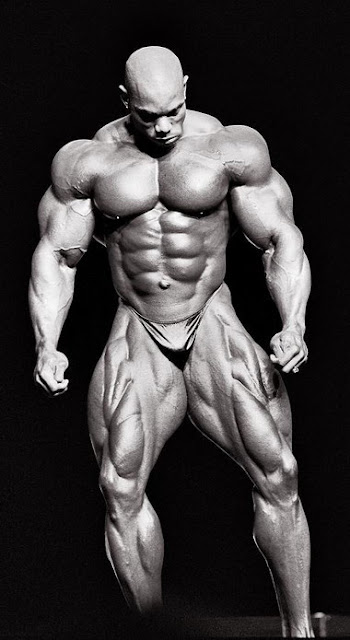 The biggest snub of all time, Kenneth "Flex" Wheeler racked up an amazing 17 professional titles yet he never won the Sandow, placing just behind the Olympia champs a total of three times. Knowledgeable bodybuilding fans consider Flex to be the best of the best not only for aesthetic purposes, but also the best there ever was. If you lined up all the pro bodybuilders from all the different eras and put them all in one room, you would be very hard pressed to not pick Flex as having the greatest body. He was everything bodybuilding represented: size and detail with very few weaknesses. 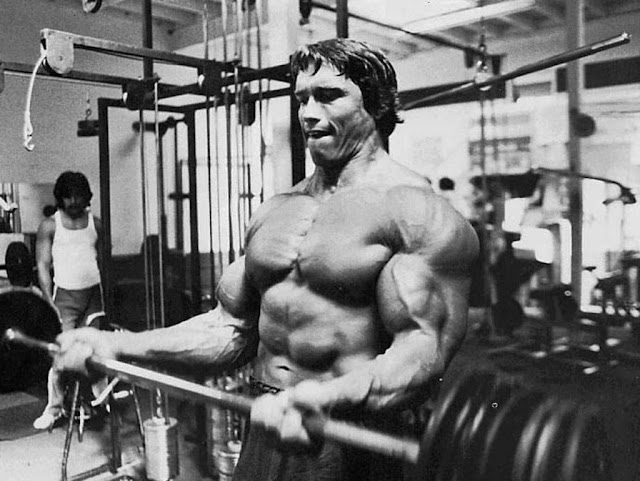 Here are a multitude of ways to assess Schwarzenegger California governor, superstar actor, business magnate and seven-time Mr. O but in evaluating his chest in the first half of the ’70s, his pecs were thick, broad and proportionately developed from top to bottom.
He favored relatively high volume, low to moderate reps and free-weight basics.


CHECK OUT  WHO IS THE BEST AMONG ALL

Posted by bodybuildingplaza at 1:37:00 pm

Body Building Plaza... because nothing is beyond your health

bodybuildingplaza
I am a professional bodybuilder, power lifter and a gym trainer. I have completed my certifications in Weight Training, Aerobics, Yoga and Advanced Personal Training from GOLD GYM UNIVERSITY. Now i am pursuing a fitness training course from ACSM (American College of Sports Medicine).